What is the whole matter
In fact, Hiawi recently did an Ask Me Anything session on Instagram. During this, a social media user asked – Your X used to do violence to you, can you talk about it? In response to this question, Hiavi wrote, ‘Florian had pushed me to the extent that I had even stopped identifying myself. First he tried to control my life. Killed when opposed to it. The matter progressed from a slap to a breakdown of bones. I got bruises, many times I felt that I was not wrong. I started drinking which made it worse. ‘ Several serious accusations against Florian
Hiawi has written much further in his post and has made many serious allegations against Florian. Hiawi reported that Florian had taken all his money and also took his dog with him. After this, Hiawi says that she considers herself lucky that she has passed out of that period. At the same time, Hiavi is appealing to all to speak openly against injustice and is saying that if there is a problem, contact the police directly. Hiawi also wrote in his post that he almost killed me, I almost died, but I survived. 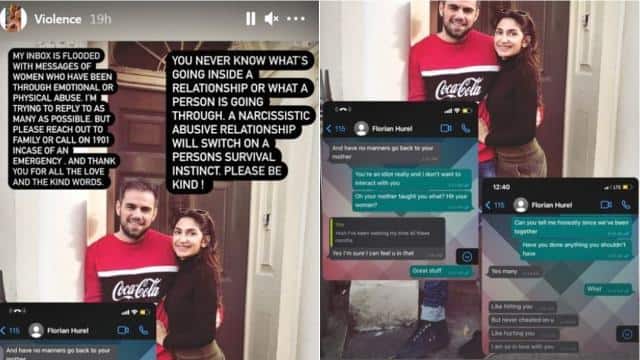 Florian’s answer
Florian has also issued a statement on social media on all of Hiawi’s allegations. Florian wrote, ‘Truth is usually the best evidence against defamation. A number of baseless allegations have been leveled against me on social media for defaming me. People want to spoil my reputations by being jealous of my success. I know that there are many people here who want to reap the fruits of my hard work, but I always say that dreams are not fulfilled by magic. It takes hard work, strong will power to make them come true. Significantly, Florian has worked with Deepika Padukone and Sara Ali Khan along with many more actresses including Shilpa Shetty, Tamannaah Bhatia, Jahnavi Kapoor, Kiara Advani, Ananya Pandey, Anushka Sharma, Aishwarya Rai Bachchan, Priyanka Chopra.