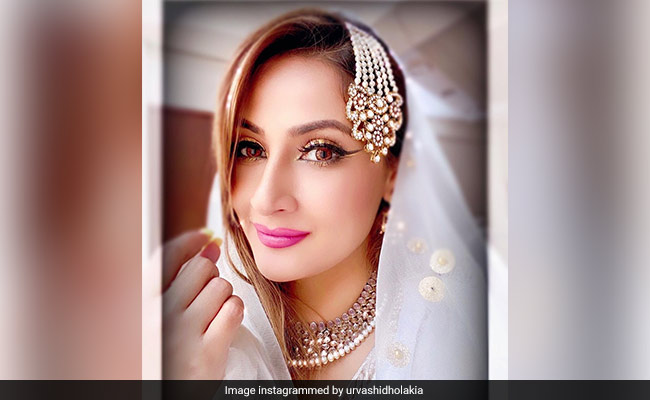 Urvashi Dholakia said this about marriage

Famous actress Urvashi Dholakia, known as Komolika, is still known for her negative role. Urvashi Dholakia was seen in Ekta Kapoor’s popular television show ‘Kasauti Zindagi Ki’. It would not be wrong to say that no one else has been able to play the negative character Urvashi. Urvashi Dholakia is in the headlines for her professional life as well as her personal life. Actresses are very active on social media. He has a good fan following. Photos and videos of actresses go viral in the days to come.

Please tell that the actress has two sons. But they are very disappointed to see their mother alone. At the same time, his son wants his mother to marry and settle down. He gave this information in an interview to ETimes.

Anuj was dating Sachdeva
Urvashi Dholakia has not hidden any secret of her life. She was dating TV actor Anuj Sachdeva till some time back. He also took part in Season 9 as a couple Nach Baliye.

Children talked about remarriage
Urvashi says that she was quite busy in her life. Professional life, children, home and their studies did not think of marriage because of all this. Whenever he started talking about marriage, I used to laugh. At the same time, both children want me to marry and settle down.

I am an independent woman, I want a husband like this
Urvashi Dholakia said that I feel like it’s time for me to get married so I don’t like to think too much on this issue, but if I get married then I am an independent lady, I want such a partner. Who understands my freedom not to bind me. I like to live up to my values.