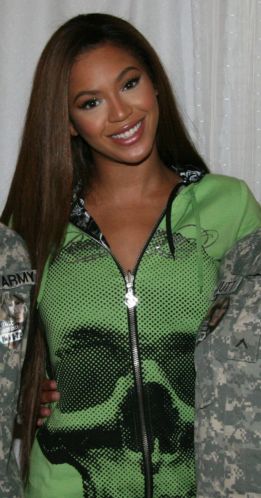 These Are The Top 10 Richest Kids In The World

2. Prince George Alexander Louis – Net worth: $1 Billion
The wealthiest kid in the world today is Prince George of Cambridge, son of Prince William, Duke of Cambridge and Catherine, his Duchess. He inherited a whooping fortune, rising to no less than $1 billion.

The royal British family is one of the richest families in the world, so their new member, who’s now 5 years old, got to inherit those riches, becoming the world’s youngest billionaire. Not that he would understand or even care about those numbers yet.

4. Knox & Vivienne Jolie Pitt – Net worth: $67.5 Million
Knox & Vivienne Jolie Pitt are the twins of famous Hollywood couple Angelina Jolie and Brad Pitt. They were born in 2008 in a hospital by the sea, in Nice, France. Since their birth day, the media was trying to get its hands on a picture of the twins, and the first one apparently got sold for $14 million, becoming the most expensive celebrity photograph ever taken.

Since the twins are who they are, they’ve inherited quite a nice fortune, thanks to the fame of their parents. The kids now have a net worth of $67.5 million.

6. Dannielynn Birkhead – Net worth: $59 Million
Dannielynn Hope Marshall Birkhead, the daughter of Anna Nicole Smith and Larry Birkhead, was born in 2006, not as usual kids do, but as a very rich one. She’s inherited a net worth of $59 million.

Anna Nicole Smith, former American Playboy model actress and TV personality, died only one year later, in 2007, from an overdoes of prescription drugs. Her story got through the focus of the Dannielynn Birkhead paternity case, widely covered on TV and trying to uncover who was her biological father. In 2013, Dannielynn became the face of Guess Girl’s Spring Line.

7. Nick D’aloisio – Net worth: $30 Million
Nick D’aloisio is a computer programmer from the United Kingdom who managed to become an internet entrepreneur at the only 15 years of age. He’s widely regarded as a technological genius, especially after inventing the iOS app Summly and selling it to giant Yahoo for no less than $30 million.

What the app does is summarize news articles and give a quick and easy to understand brief about the respective topic. Nick received the Wall Street Journal’s “Innovator of the Year” title and TIME Magazine’s one of the world’s most influential teenagers, among other accolades. He’s now taking Computer Science and Philosophy classes at Hertford College, Oxford University, with a net worth of $30 million to get him started in life.

You must have known him from YouTube if you have kid. Source of wealth: YouTuber

Valentina’s net worth is only $12 million now, but with the huge net worth of her father and mother, she will get to inherit a lot more in the following years.