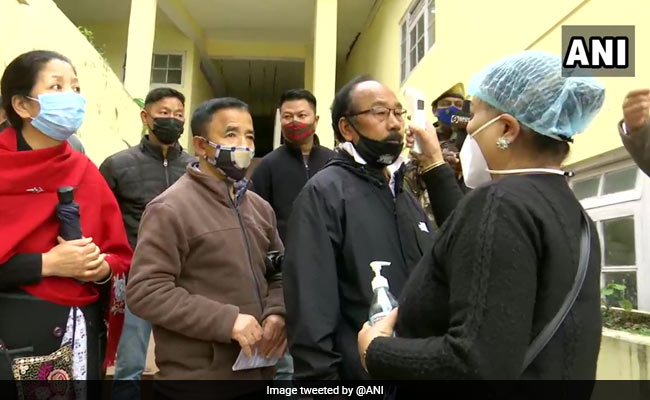 New Delhi:
West Bengal Election: On the one hand the entire country is facing the Corona epidemic, on the other hand, voting is being held for the fifth phase in West Bengal. In the history of Indian politics, hardly any voting process would have been conducted in the midst of such a difficult situation. The voting process started this morning started at seven in the morning and will continue till 6.30 pm. In today’s phase elections, the political fate of 342 candidates for 45 seats in six districts is being decided by the voters being held in EVM, security arrangements have also been kept in the polling stations, special instructions have been given to the security personnel after the last phase is violent. went. The Election Commission claims that Kovid rules are being followed at polling booths, but people standing in queues outside the booths are not visible as per the rules of social distancing. Let us tell you that the assembly elections in the state are to be held in eight phases, out of which voting for four phases has been completed, voting is going on today for the fifth phase. Voting will be held on April 22, 26 and 29 for the remaining three phases.