Xiaomi continues to grow a lot in China, although a recent report has shown it is still behind Huawei in the region. Now IDC has released yet another survey where the manufacturer appears to be the only one to grow in the 5G handset market, while all major brands have seen sales decline in the last quarter.

However the most interesting factor is that only one brand registered an increase in sales compared to last year: Xiaomi. According to the report, the Chinese had a growth of 13.4% in sales, while Huawei, which dominates the Chinese market had a fall of 15.5%. 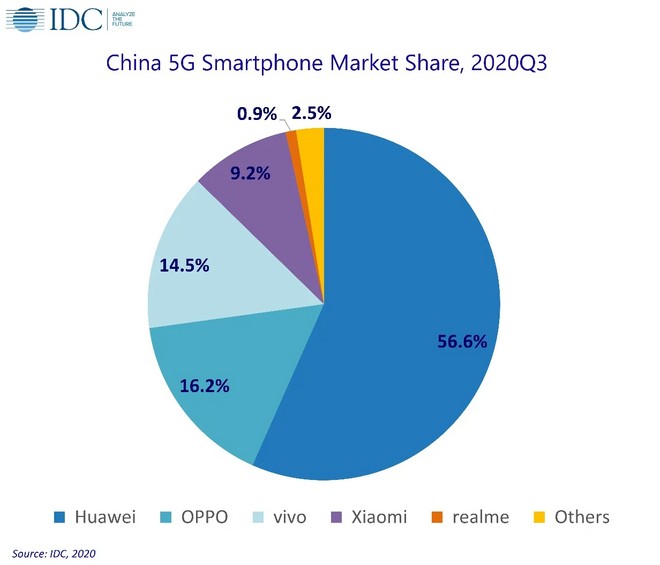 Finally, the report also reports on the growth of the 5G market in China, where 117 million cell phones with the technology have been sold since 2019. Of this total, 49.7 million (42%) were sold in the third quarter of 2020 only. segment Huawei continues to lead with 56.6% of the market, while Oppo appears in second, vivo in third and Xiaomi in fourth with only 9.2% of the total.

In Brazil! Samsung begins to release update with One UI...