An amateur photographer was fortunate to be able to capture one of the ultra-rare black tigers in Odisha. Soumen Bajpayee was in the Nandankanan Sanctuary last year when he saw the Melanistic Tiger, which is on the verge of extinction. Melanistic tigers – a rare gene pool on which black stripes are more prominent than the Royal Bengal tiger – are found only in Odisha. Their numbers are rapidly slipping, and these handful of ‘Black Tiger’ remain even today. 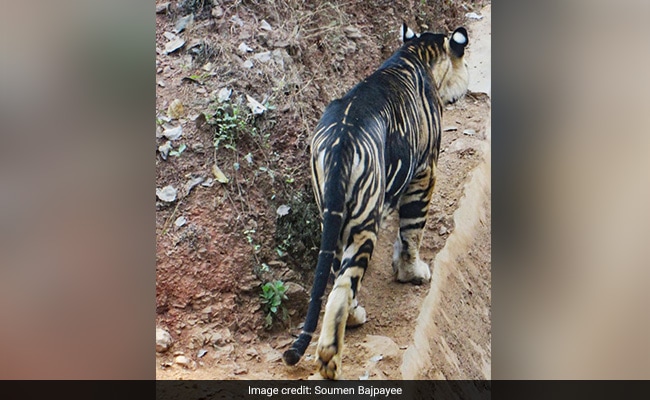 Soumen Bajpai, a native of Panskura, West Bengal, was bird watching at Nandankanan in February last year. He did not even initially realize that he was seeing a tiger. Bajpai tells NDTV, ‘When I was watching various birds and monkeys in the trees, I suddenly saw something that looked like a tiger but not like a normal tiger. I did not know about melanistic tiger before. He stopped for a few seconds and went back to the trees.

27-year-old Soumen Bajpai pulled out his digital camera quickly and managed to snap some pictures of the black tiger. 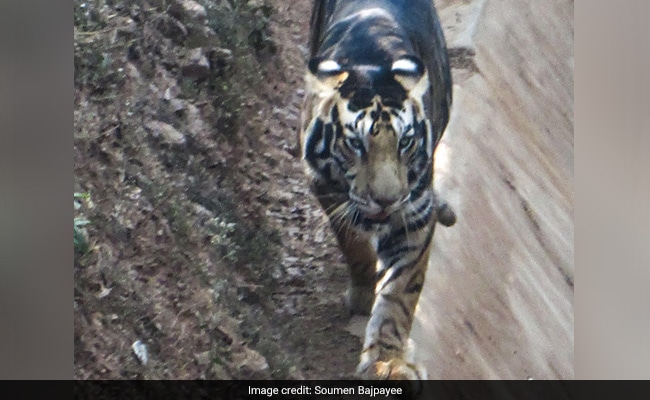 He informed, ‘In 1993, the presence of Melistic tigers was first reported in the Simlipal Tiger Reserve in Odisha and again in 2007. After that, a few years later in the Nandankan Sanctuary, a tigress gave birth to four cubs. Two of them were melanistic. Those two cubs were immediately noticed and their growth monitored through CCTV. After a year, he was brought out in the open. 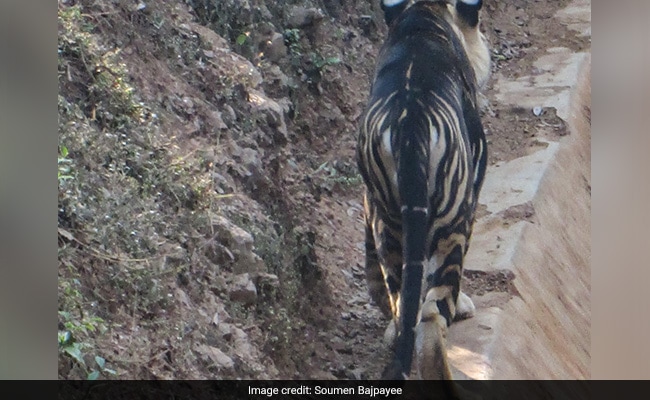 He says, “I could only see one tiger and had no idea about the other melanistic tiger.”

Data collected from the camera trap indicate that there are only six to seven melanistic tigers in India today. They are found only in Odisha.

Rochak news: Which is the city where clocks do not have 12?

Rochak: OMG! Every person in this city has an airplane, knowing that you will also be surprised

Viral Video Woman Was Taught How To Wear A Face Mask...