New Delhi: Musicians perform different types of guitars at their music concerts. But have you ever seen a guitar made of human skeleton? In fact, a video of American musician Prince Midnight is very much in discussion these days. Everyone was shocked to see Prince’s guitar in the video and when people heard the story of his guitar, he could not believe it.

Actually, this guitar from Prince Midnight is made up of his uncle’s skeleton. Prince is known for his unique ‘heavy metal music’ style. He gained a lot of popularity due to his style. However, he attributes this to his uncle.

Shraddhajali in a different style

Prince’s uncle passed away some time ago. Prince loved him a lot. In such a situation, he decided to pay obeisance to his uncle in a different way. He has completely transformed his uncle’s skeleton into an electric guitar. They have used string, volume knob, guitar neck, jack, pickup and electronic board on it, using the skeleton as a base.

It was a very challenging job

Talking about his unique guitar, Prince Midnight said that I had decided to convert the skeleton into a guitar but it was quite a challenging task. I did a lot of research on this. To date no one has made a guitar using skeletons. In such a situation, I decided to do it. When I talked to two people for this work, their senses were blown away. After the death of the uncle of Prince, his skeleton was donated to the students of a medical college for practical studies. But when the skeletons were no longer needed in college, their men were not ready for the funeral. So Prince paid tribute to his uncle by turning his skeleton into a guitar. 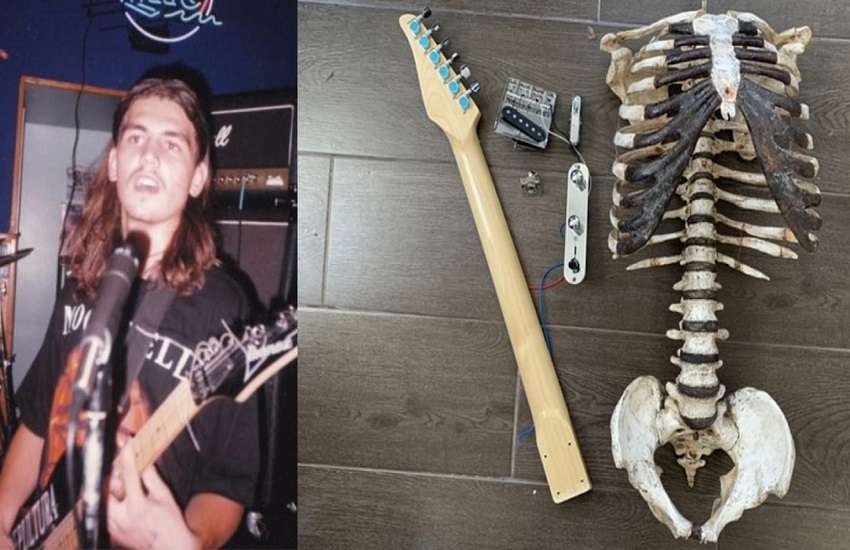