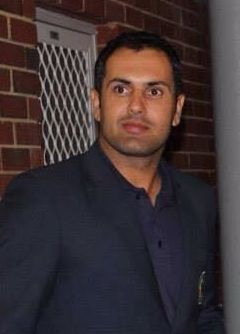 Mohammad Nabi Eisakhil (Pashto: محمد نبي عیسی خېل; born 1 January 1985 is an Afghan cricketer who is the current captain of the T20 international team. Nabi is an attacking batting all-rounder , playing as a right-handed batsman and off break bowler. He played a major role in Afghanistan’s rise to the top level of international cricket, playing in both their first One Day International in April 2009 and their first Test match in June 2018. He captained the side during their first appearances in the 2014 Asia Cup and the 2015 Cricket World Cup. Nabi has also played in numerous Twenty20 franchise tournaments and was the first player from Afghanistan to be selected in the Indian Premier League player auction.

In September 2019, he announced his retirement from Test cricket to prolong his limited overs cricket career. In August 2020, Nabi was inducted as a member of the Afghanistan Cricket Board.