After rumors about the possibility of Apple making the iPad Air 4 available for pre-sale in conjunction with the iPhone 12 and 12 Pro models, the manufacturer ended up confirming the supply of these products directly on the official website.


The sale of tablets starts a few weeks after it was announced by the company, taking a little longer than expected, but arriving with the new phones to provide a complete renewal of the ecosystem.

In addition to having started pre-selling the iPad Air 4 in the USA, the Cupertino giant is making the device available on the Brazilian version of the site, allowing the purchase of the model that only has WiFi connection from R $ 6,999 in the version with 64 GB.

For those who choose the option with 256 GB, the disbursement will be a little higher, being necessary to pay R $ 8,699 to receive the device at home.

Even with the simultaneous launch in the USA, there is still no evidence that iPhones will be in national pre-order today as well, but it is interesting to keep an eye out.

Despite being made official a few weeks ago, the iPad Air 4 has not yet reached stores. The first tablet with A14 Bionic chipset should, however, start to be made available soon – this is what recent leaks suggest.

Everything indicates that its commercial launching should take place on October 23, the date seen in a listing on the Canadian website of the well-known American retailer Best Buy.

The information also matches with the suggestions given by the leaker Jon Prosser on Twitter. Apparently, the pre-sale will start this Friday (16), together with those of the iPhone 12 and iPhone 12 Pro.

The panel is laminated (offers less incidence of reflections) and has a wide gamut of P3 colors, in addition to embedding features such as True Tone.

The latest generation of iPad Air also incorporates USB-C connectivity and a redesigned speaker system. In graphics, Apple promises up to 30% more performance, as well as even better machine Learning performance.

Apple should start pre-selling and launching the new iPad Air tomorrow, alongside the new iPhone 12

Presented during the Apple event in September, the new iPad Air of 4th generation brought great changes in relation to the previous model in conjunction with the return of the Touch ID, now integrated into the power button on the top of the device, but a detail that was outside the presentation was the tablet’s release date.

Reinforcing the rumors of leaker Jon Prosser, a page from BestBuy’s Canadian website reveals that the launch of the 4th generation iPad Air will take place on October 23rd. Just stating that the new iPad Air would arrive “next month”, it seems that now we have another indication that the product will be launched alongside the new iPhone 12 and iPhone 12 Pro.

Apple confirmed at this week’s event that the pre-sale of these two iPhone 12 models will begin tomorrow, Friday the 16th, at 9am (Brasília time) on the international market, with a launch scheduled for next week, October, 23.

It is very possible that the iPad Air has its pre-sale also started this Friday, with shipments starting next week, since Apple confirmed the launch for October and, due to the dates, there is no other more opportune moment.

Apple held its Apple Event in mid-September, in which it officially announced the new Apple Watch Series 6 and Watch SE, in addition to the new generation of iPad Air, which won a complete makeover. With an iPad Pro look and debuting the new A14 Bionic chip, the first by the Cupertino giant to adopt 5nm lithography, the iPad Air 4 promises to be a powerful option for those who want to spend less within the Apple standard.

During the revelation, and even in its listing on the official website, Apple kept some of the device’s specifications, such as its amount of RAM, a secret. For now, through new leaks from Geekbench tests, new details of the iPad Air 4 have just been confirmed.

The device is expected to hit the market equipped with 4GB of RAM, thus reinforcing its resemblance to the Pro variants launched last year. Despite being quite a satisfactory amount, especially considering the iPadOS optimizations, the capacity should disappoint those looking for maximum performance. There is also the question of how well the iPad Air 4 will handle the Final Cut Pro X, which should arrive on the company’s tablets in 2021.

Still, for less intensive tasks, it is certain that the device will be more than enough, even more when we take into account its CPU. The tests also confirmed the chip clock for the 3GHz house, which, combined with a more efficient architecture and 5nm construction, should provide high performance, with a significant jump compared to the previous generation. 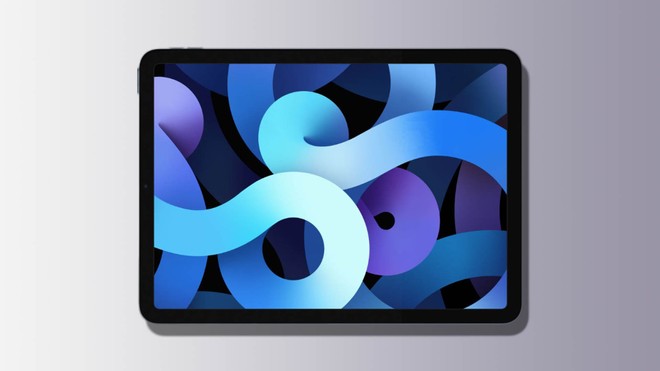 THE iPad Air 4 it is already on sale in Brazil with values ​​from R $ 6,999 in its version with 64GB of storage and Wi-Fi connection, reaching a salty R $ 10,299 with 256GB storage and connection capabilities via Wi-Fi and cellular network. The device will be shipped to consumers now in October.

The Apple iPad Air 4 is not yet available in Brazilian stores. To be notified when he arrives.

WhatsApp: after beta, public version of the app gets option to silence conversations forever

ASUS ROG Phone 2 up to date with renewed Armory Crate...