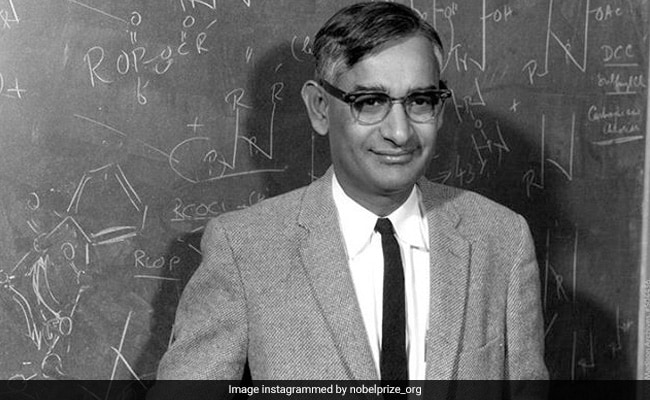 The Nobel Prize Organization has shared a post commemorating Har Gobind Khorana, who died on the same day in 2011. Har Gobind Khorana grew out of a childhood of poverty in India to become a Nobel-winning Biochemist and went on to teach at the prestigious Massachusetts Institute of Technology. According to the Nobel Prize organization, shortly after his death on November 9, 2011, it was said, ‘Someone with such a humble background can become a symbol of molecular biology, a testament to his extraordinary campaign, discipline. . And is striving for excellence.

Har Gobind Khorana was born in 1922 in a small village called Raipur (now in Pakistan) in Punjab. His father was an agricultural taxation clerk of a village in the British government. Despite being poor, he educated his children. The organization also said that in a village of about 100 people, his family was practically the only literate.

Despite the lack of resources and poor academic facilities, Khorana completed high school and received a bachelor’s and master’s degree in chemistry from Punjab University in Lahore. In 1945, he went to Liverpool University, UK, under a Government of India Fellowship, where he received his PhD in 1948.

In 1952, Dr. Gordon M. Shrum’s job offer from British Columbia took him to Vancouver, where he began winning his Nobel Prize. A few years later, he moved to the Institute for Enzyme Research at the University of Wisconsin and in 1966 became a United States citizen.

Har Gobind Khorana received the 1968 Nobel Prize in Physiology or Medicine along with Robert W. Holley of Cornell University and Robert W. Holleberg of the National Institutes of Health. He was awarded for “Interpretation of Genetic Codes and Protein Synthesis”. He joined the MIT Faculty in 1970 and retired in 2007.

On his death anniversary, the post of the Nobel Prize organization is becoming quite viral. People find his story quite inspiring. While one Instagram user hailed him as an “inspiration”, another wrote, “His journey was extraordinary.”

Offbeat: In the desire to become God, the man cut his throat with a razor, said – in next life, I will take birth...