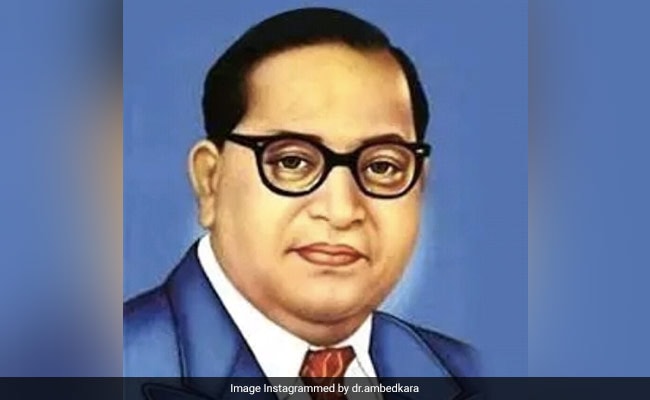 Babasaheb Ambedkar Jayanti: Today is the birth anniversary of Dr. Bhimrao Ambedkar, the creator of the Constitution.

Ambedkar Jayanti 2021: Today is the birth anniversary of Dr. Bhimrao Ambedkar, the creator of the constitution. He was born today, on 14 April 1891, in a small village of Mhow in Madhya Pradesh. However, his family was Marathi and originally hailed from the village of Ambadwe in Ratnagiri district, Maharashtra. Let’s know about him on his birth anniversary.

Bhimrao Ambedkar’s father’s name was Ramji Maloji Sakpal and mother Bhimabai. Let me tell you, Ambedkar belonged to the Mahar caste. People of this caste were considered untouchables in the society and they were discriminated against.

It is said that due to the prevalent caste system prevalent in Hinduism, he faced untouchability throughout his life. Despite being counted among the most meritorious students of the school, they did not have the right to touch a glass of water. Later, he tried throughout his life to end the evils of Hinduism. However, some experts also say that when he felt that he would not be able to eradicate the evils from Hinduism, he embraced Buddhism on October 14, 1956, along with millions of his supporters.

Bhimrao Ambedkar was made the chairman of the drafting committee of the constitution on August 29, 1947 to form the country’s first constitution after the independence of the country on August 15, 1947. Then after two years, 11 months, 18 days, the constitution was ready. It was adopted on 26 November 1949 and implemented on 26 January 1950. Actually, Ambedkar was counted among the most brilliant people in the world. He was knowledgeable in 9 languages. He received honorary degrees of PhD from many universities in the country and abroad. He had a total of 32 degrees. This is the reason why Ambedkar, the legalist, was made the first law minister of India by the first Prime Minister, Pandit Jawaharlal Nehru.

See also  Phase-4 of the Metro could also be delayed by 2-3 months, there's not a lot distinction in value: DMRC Chief

Graduated from columbia university of america

Bhimrao Ambedkar (Dr. Bhimrao Ambedkar) became the first untouchable student of a government school on Elphinstone Road in Mumbai. In 1913, Bhimrao was selected to study at Columbia University in the United States, from where he graduated in political science. In 1916, he was awarded a PhD for a thesis.

Bhimrao Ambedkar founded the Independent Labor Party in 1936. This party won 15 seats in the 1937 Central Assembly elections. Mahatma Gandhi used to call the Dalit community as Harijan, but Ambedkar criticized this very strongly. Between 1941 and 1945 he wrote several controversial books, including ‘Thoughts on Pakistan’ and ‘What Congress and Gandhi Have Done to the Untouchables’.