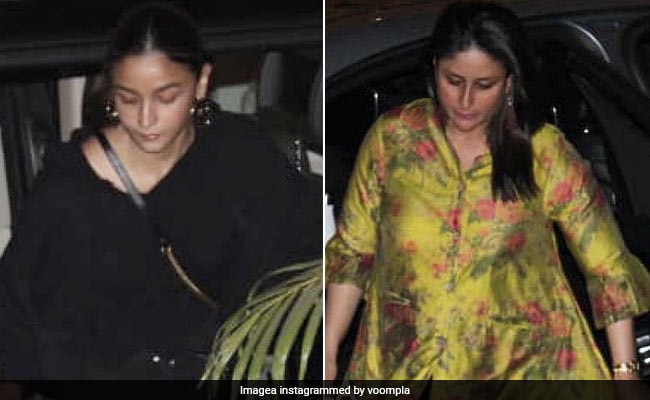 Randhir Kapoor is celebrating his 74th birthday today. On this special occasion, midnight i.e. 14 January, Alia Bhatt, Ranbir Kapoor, Kareena Kapoor, Saif Ali Khan, Babita Kapoor, Karishma Kapoor (Karishma Kapoor), both of their children Along with, Neetu Kapoor appeared with her daughter Riddhima Kapoor. From Neetu Kapoor to Kareena Kapoor Khan, Tara Sutaria to Ranbir Kapoor, to celebrate Randhir Kapoor’s birthday in a grand manner, be seen outside the house of the Kapoor family of Chembur.

Alia Bhatt was spotted with her boyfriend and Bollywood actor Ranbir Kapoor. Both were seen in a matching black outfit. At the same time, mom-to-be Kareena Kapoor Khan (Kareena Kapoor) was seen getting out of her car with husband Saif Ali Khan. During this, Kareena appeared in a yellow-green green outfit. Many other Bollywood actors were also seen in this birthday party. Along with Tara Sutaria and Aadhar Jain, brother Armaan Jain also appeared.

Randhir Kapoor (Sanjay Kapoor) and Maheep Kapoor (Randhir Kapoor) also appeared in a black-white outfit. Karishma Kapoor, on the other hand, was seen going to the party with her children Sameer Kapoor and Kian Raj Kapoor.

Good Friday 2021: know important facts and significance of this day