Adam Bilzerian is an American-born Nevisian-Armenian poker player and writer. He is the son of the takeover specialist and convicted felon Paul Bilzerian.

Adam J. Bilzerian was born in 1983 (age 37 years; as of 2020) in Tampa, Florida. He attended Gaither High School, Hillsborough County, Florida, and represented the school’s Tennis team. He obtained a Bachelor of Arts in History from Vanderbilt University, Nashville.

He is of Armenian origin. His forerunners survived the Armenian Genocide (1914–1923) that occurred during World War I and saw the mass killing of ethnic Armenians in Turkey and adjoining regions by the Ottoman government; they came to the US in the 20th century.

His father,  Paul Bilzerian, is a takeover specialist, entrepreneur, and convicted felon. His mother’s name is Terri Steffen. His brother, Dan Bilzerian, is a poker player and social media influencer. 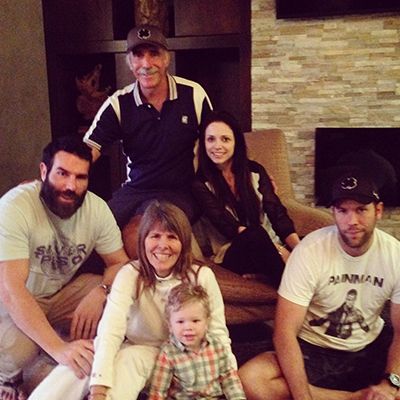 Adam Bilzerian with his Parents and Brother

He is married to Audrey Bilzerian, and together, they have two sons, Everett Bilzerian and Ares Bilzerian (born in January 2013).

Adam Bilzerian with his Family

He has played several online and private games and has won many of them. One of his most popular private games happened at Bellagio in Las Vegas against the American former baseball player Alex Rodriguez. Alex’s skills came as a surprise to Adam and he said,

Alex busted everyone except me. I was like whoa, this guy can play. He had an amazing run. He won about $20,000 and left with everyone’s money.”

In 2010, he turned writer with his book ‘America: love it or leave it — so I left,’ which was published by the Libertad Publications.